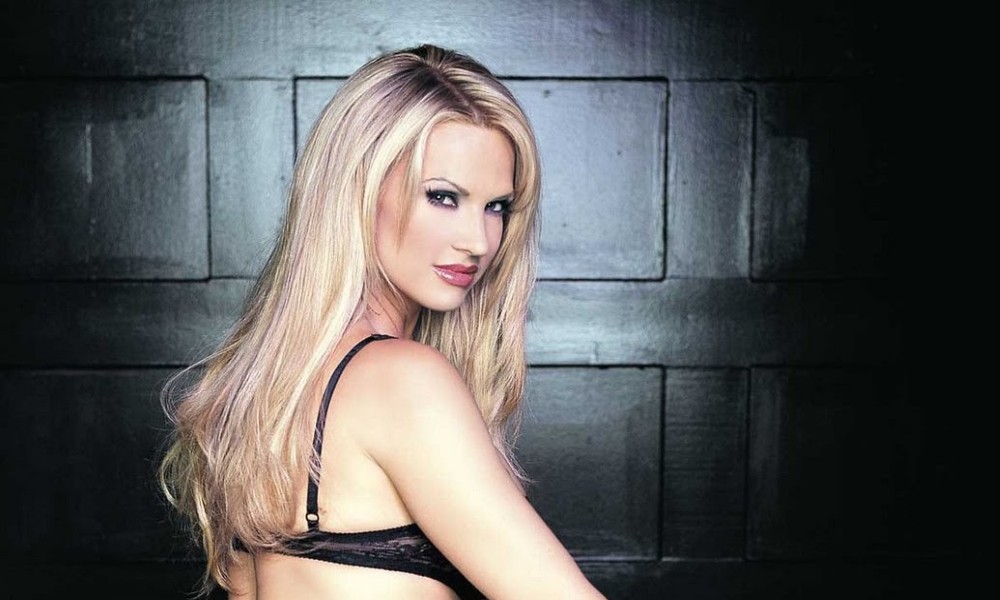 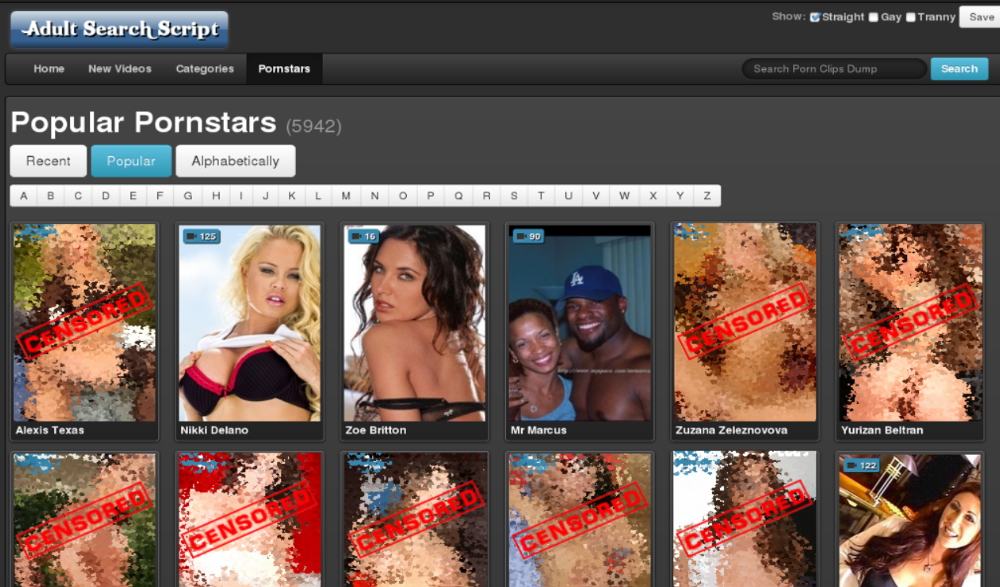 Adult Search Script doubles as an adult tube and search engine script. However, its layout is pretty monotonous and outdated. What’s more, this script actually comes with two template styles – tube style and search engine style. Each of them has only two color combinations. This probably won’t allow you to customize your site as much as you’d like.

The good thing about this script is that it supports embedding from 39 tube sites. This means you can grab videos from all these websites.

All in all, this script is functional, but not very good when it comes to the design. 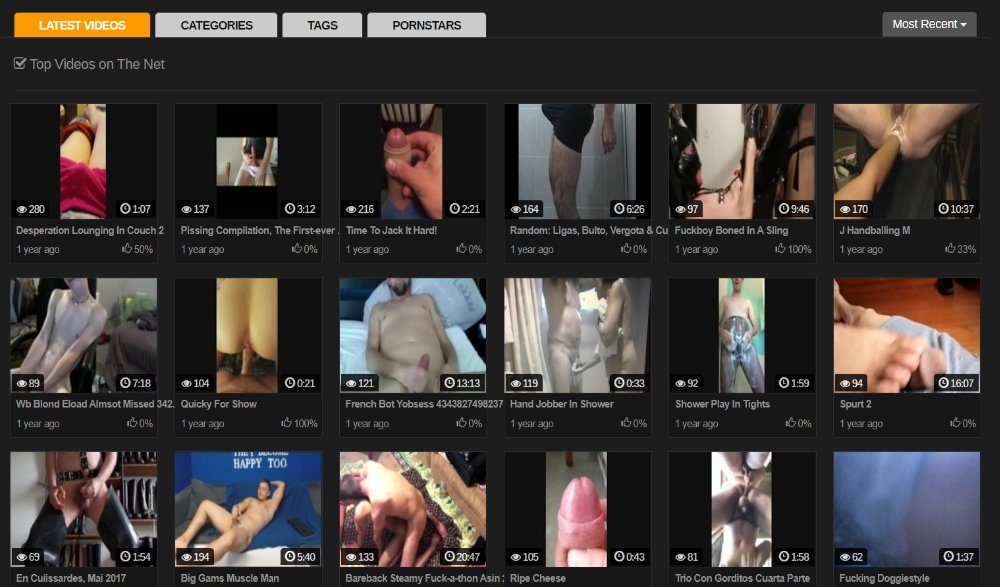 TSM has the basic social features of tube sites – users can register, upload videos, like, rate and comment. However, it doesn’t have any advanced user features. The main flaw of this script is that it doesn’t allow you to add membership options. 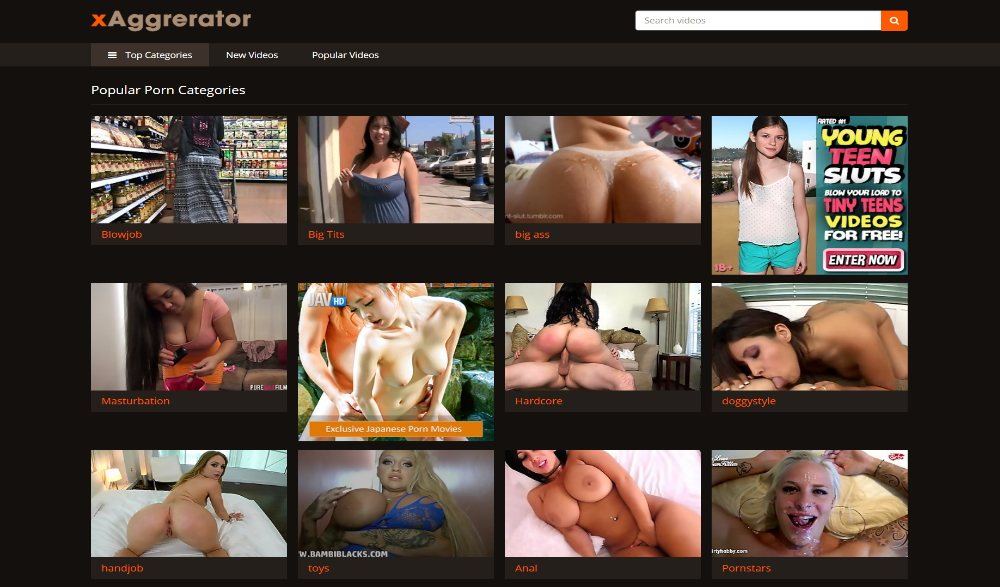 The script uses open source code, which means that you can implement any changes you want.

A great feature of the script is its advanced search feature. This feature lets you filter videos by source website, duration, categories, popularity, ratings, etc. 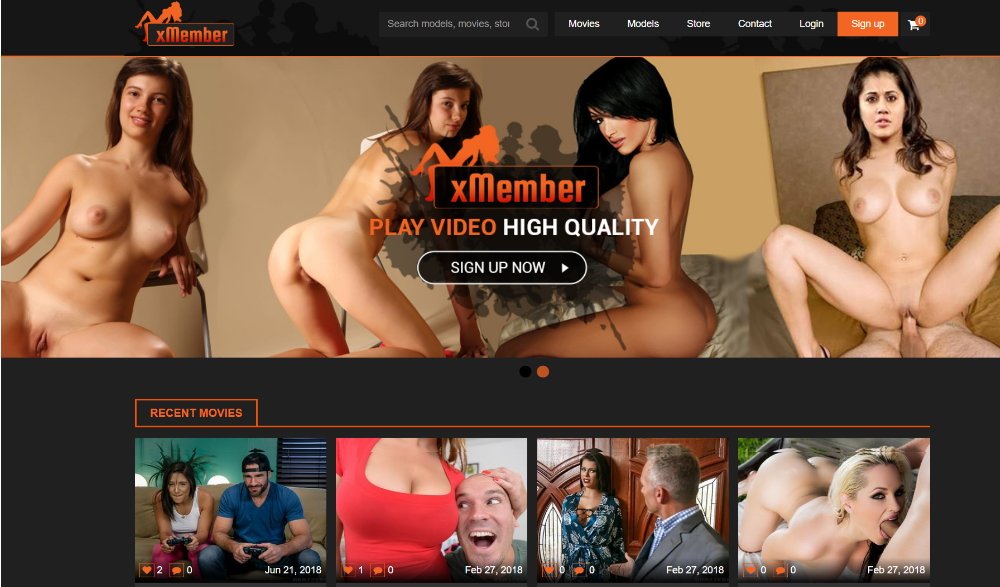 xMember is a membership and video streaming script made by Adent.io. While this script is primarily made for content producers, studios and amateur performers, you can also use it for a tube website.

The focus, however, is on the membership aspect. Because of this, you’ll be able to create various membership plans that will let your users download and watch HD videos, according to the limits of their plan.

What’s more, the script lets you integrate a trial and VIP membership options. This feature lets users sign up for a free 2-day trial that will give them unlimited access to the site. After the trial expires, they’ll have to choose whether to cancel the trial or get a VIP membership. This particularly useful if you plan to use memberships to monetize your tube site.

As far as uploading goes, xMember allows you to upload videos in bulk.

There a number of payment gateways integrated into the script: PayPal, CC Bill (for credit cards) and Bitcoin. This allows everyone to sign up for a membership on your site. 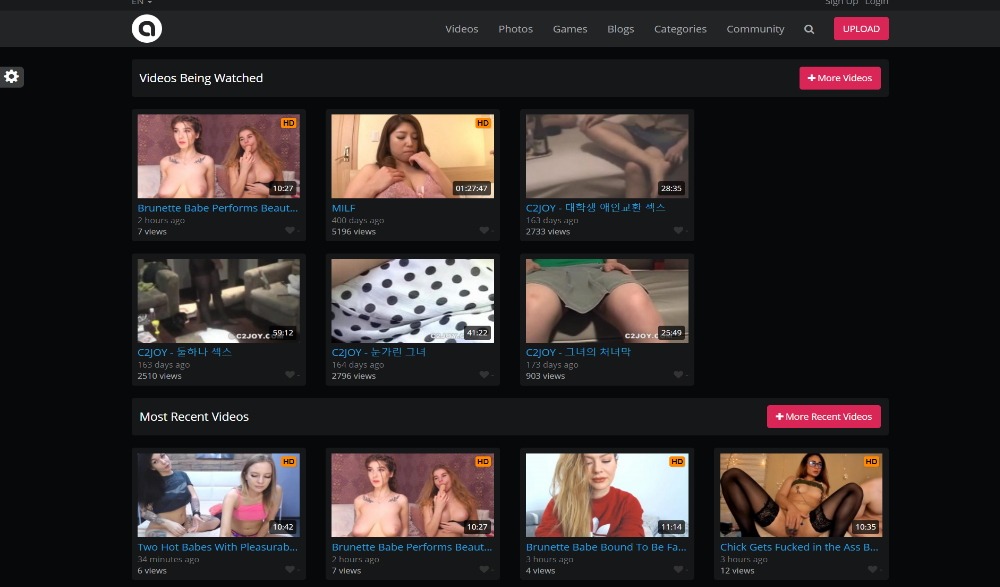 The script also has a blog section where your registered users can write their own blog posts. In addition to that, AVS offers a premium membership system. You can set up a few different limits and permissions for different membership levels.

There’s a reason why Adult Video Script is one of the most commonly used adult tube scripts. It has lots of great features and a clean design that you can easily customize. 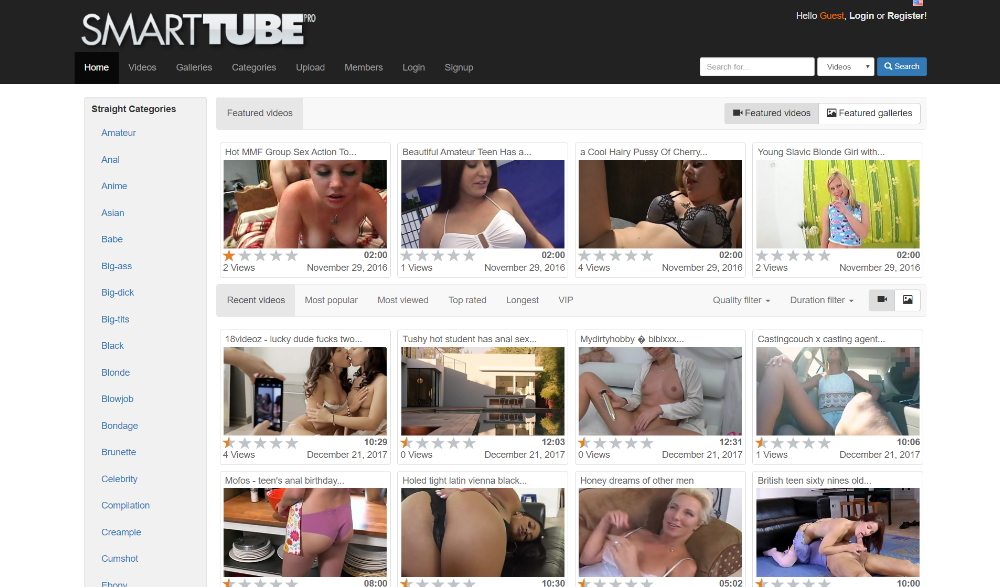 Smart Tube Pro has a built-in membership system, where you can choose different types of memberships. You can offer your users monthly memberships or pay-per-video or gallery membership. It’s also integrated with quite a few billing systems – CC Bill, Epoch, and Zombaio to name a few.

Additionally, Smart Tube Pro allows you to create two different account types – users and webmasters. Both account types can upload and watch videos, but webmasters can also add adverts to the videos they upload.

xStreamer also gives you to option to grab and embed videos from other tube sites. What’s best is you don’t have to pay more money for these features – you get them for free. You can also upload videos in bulk from the admin panel.

These are just a few of xStreamer’s numerous options. We advise that you check out their demo for more details.

As far as adult tube scripts go, MechBunny is probably the most original script when it comes to design. It has a modern, but clean home page with a particularly appealing layout.

For example, there’s the private messaging feature and a community search option, where your users can look up other users. There’s also a feature to turn your tube site into a paysite with monthly memberships or as a video-on-demand platform. It also comes with payment integration for Epoch, CC Bill, and Verotel.

Additionally, when your viewers put their cursor over a video thumbnail, they’ll see the video preview – just like on all big tube sites! 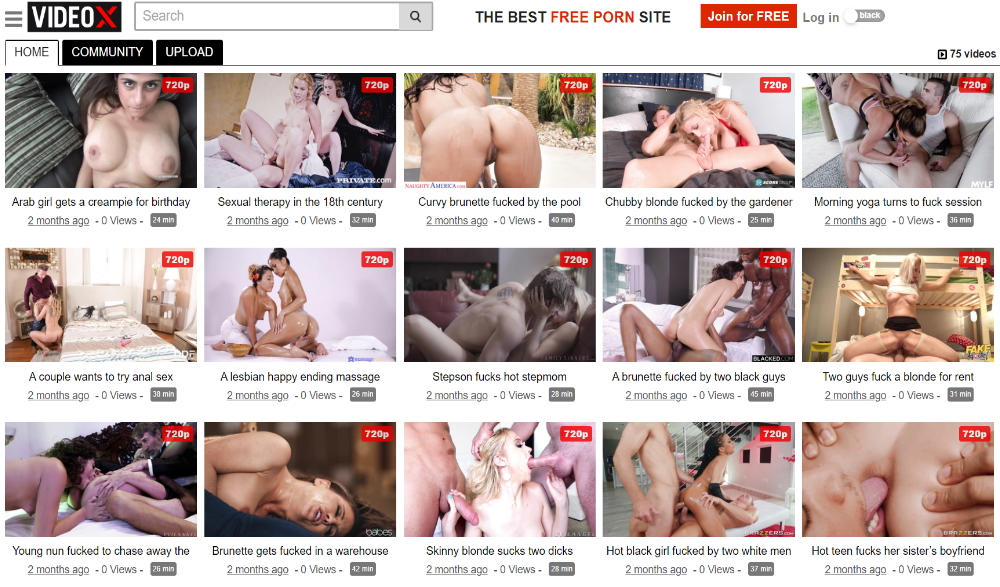 We would happily recommend this script, despite its lack of originality. 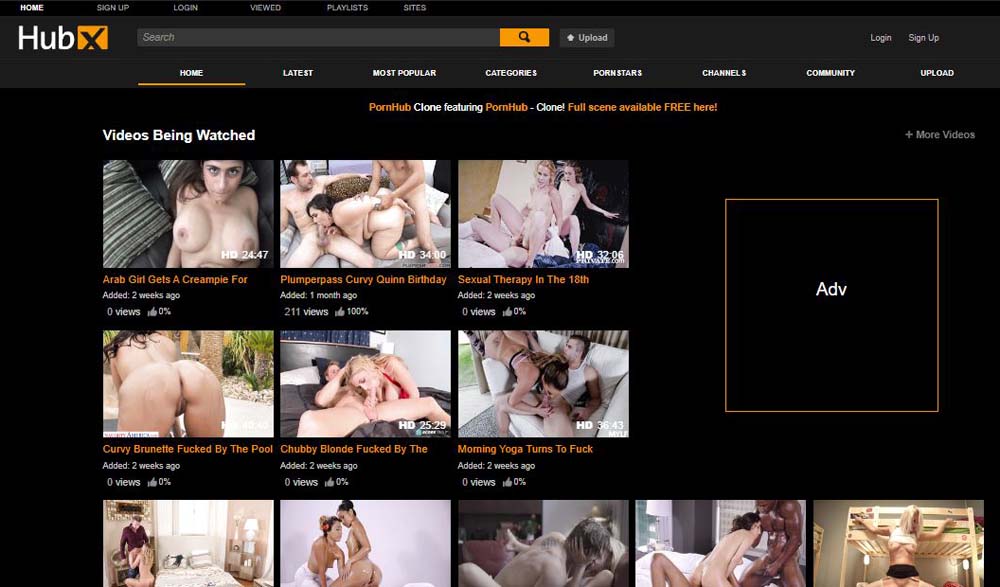 These are just some of HubX’s incredible features that make it the best adult tube script currently available on the market. You can always check out their demo for a more complete experience. 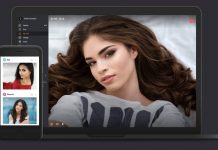 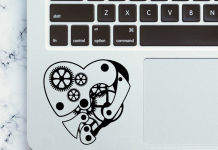 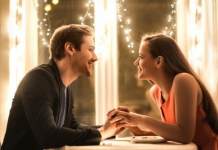 What Is The Best PHP Dating Script?

How to Make a Masturbator

How To Make Money Selling Nudes