We are all adults here, right? As such, we all know what dominatrixes do. It isn’t counting trees at the local park, that’s for sure! 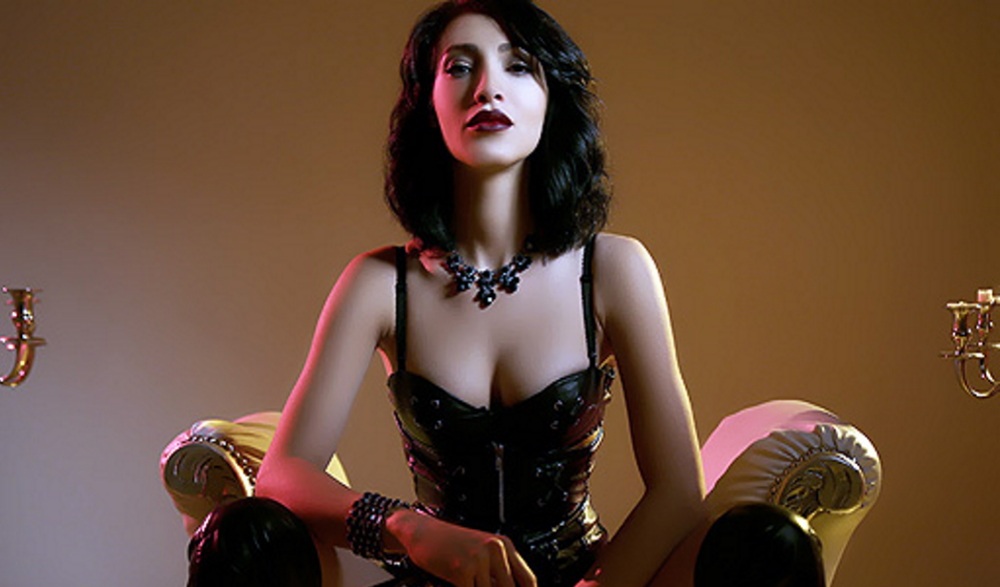 Then there are those who engage in sexual-related activities with their clients. Other doms refrain from this. Such doms spend their time filling the ears of their slaves and subjects with talk that would normally shrivel the testicles of most of the male populace!

And that, among other reasons, is why more and more of the local ladies are choosing that sort of life. You could too, if you had the balls!

Getting on the Dom Train!

Do you have dreams of becoming a dom? Sure you do; otherwise, you wouldn’t have your nose buried in this article.

If you are serious about the thought, the first thing to do is to make sure that you are of legal age. That means you have to be around 18 years old. Better check your birth certificate right now.

The next thing is to start small. You can, for example, engage in phone sex work. That will let you know if this idea is just a passing phase.

You can also practice dom things with your friends. Just be sure to call it play so that they are not clued in.

But should you develop a passion for talking dirty to men over the phone and cussing them out, it might be time to party! Yes, scream and yell because the dom life might just be for you.

Once you have learned a little of the ropes and are comfortable with what being a dom entails, it might be time to scale up and branch out. You might choose to work for another dom or rent a space for yourself.

Sure, you can work from your home or ask a friend to use their place. But having an office of your own for dom work lets you look like a real professional. Plus, having a bunch of strange men know where you live might not be the wisest thing.

We recommend that you begin by working for another dom. The main reason is that this helps teach you what works and what doesn’t. 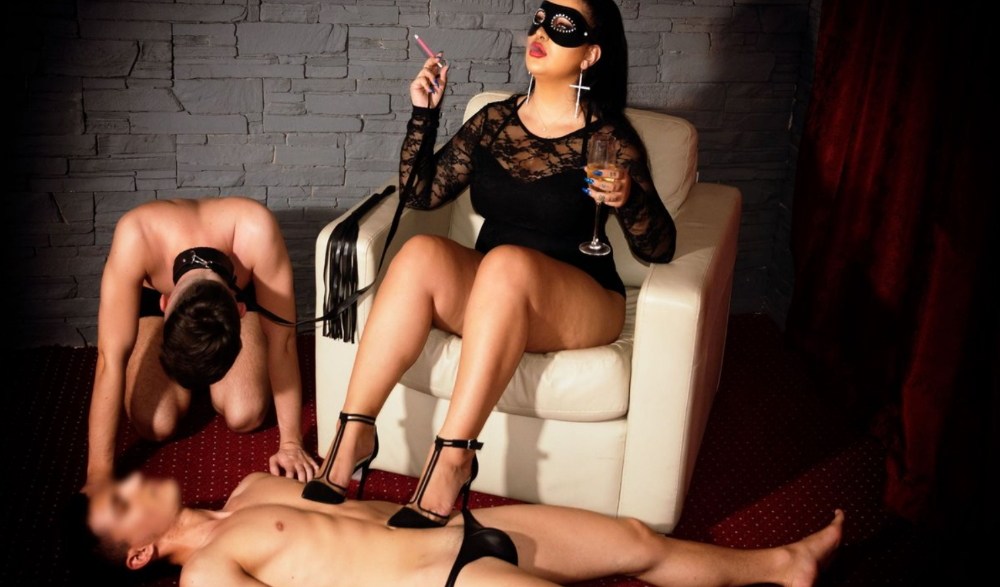 Yet another reason to go that route is that renting a suitable working space can be expensive. It’s much better to put it off till you have learned enough about the dom life from another dom to fill several volumes. By then, you can go solo and have enough clients of your own to pay the bills.

Some experienced doms are open to mentoring would-be doms. However, most of them won’t do that until they’re sure that is really what someone wants to do and that they are not in it for the money. The mentorship typically lasts a few years, during which the individual gets lots of hands-on experience.

Do you want a dom to mentor you? Then it is probably best that you show up at all BDSM-related events in your area.

You can, for example, ask around for the next munch meet and do your best to be there. Don’t worry; there won’t be too much hanky-panky for a noob like you! Just chill out and drink in what’s going on.

You might as well attend the annual Folsom Street Events and others like it. There, you can gain experience that might stay with you for life. 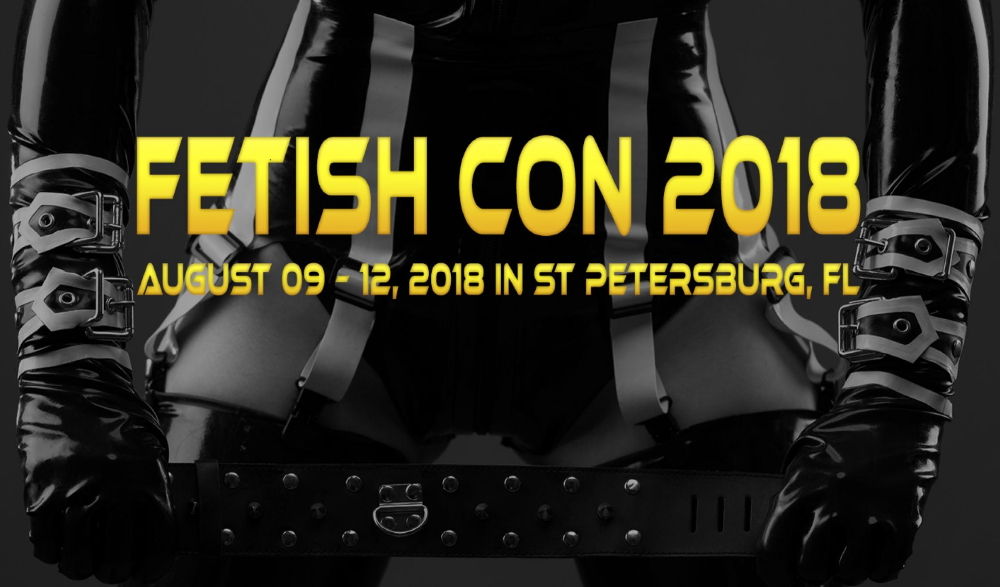 While at a meet, try to impress the educators and make one or all consider taking you under their wing. Impressing them does not mean you need to act like a savage at the sight of a blood meal. Instead, show them that you are a true natural at this, rather than a pretender and a dabbler whose only draw is fame and money.

Should they be unwilling to mentor you, do your best to persuade them to refer you to other experienced doms looking to train someone like you. Once the mentorship is complete, you can strike out on your own and rule the world!

If you are not comfortable with going out to search for mentors, you can, of course, do this from the cozy confines of your bed or sofa. Just Google for mentors in your surrounding area or put in a classified ad in the local paper asking qualified mentors looking for apprentices to reach out to you. 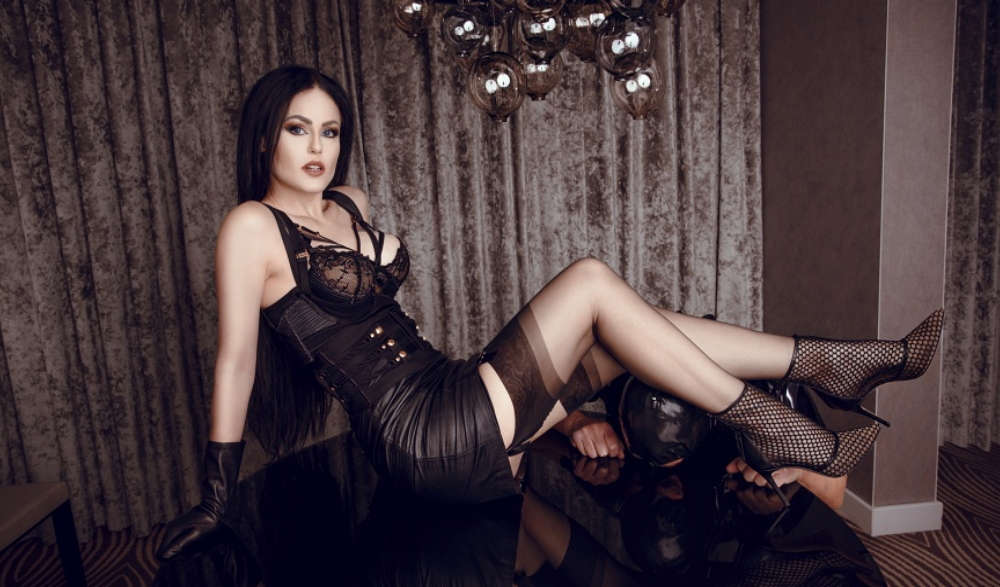 However, before settling down with a mentor, be sure that your interests match and that you both understand each other. Also, make certain that the mentor really wants to help you develop your skills, instead of being merely interested in your body or worse.

If a potential mentor creeps you out, listen to your gut and run fast in the opposite direction.

It’s a Dom World, and We Are All Invited!

Being a dom does sound like the easiest job in the world. They earn their keep mostly by telling fat cats their penises are so tiny they could use them to pick their noses with! 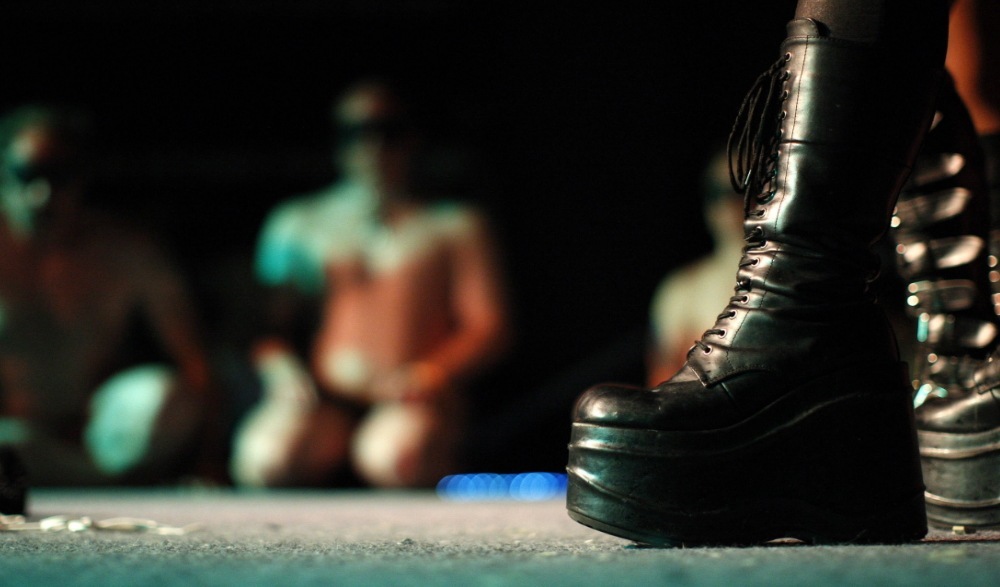 Dom on the Way!

Being a dom is unlike most other jobs in the world. If, for example, you work in the retail sector and habitually abuse the customers, it would be safe to say that your career is going to be a really short one. 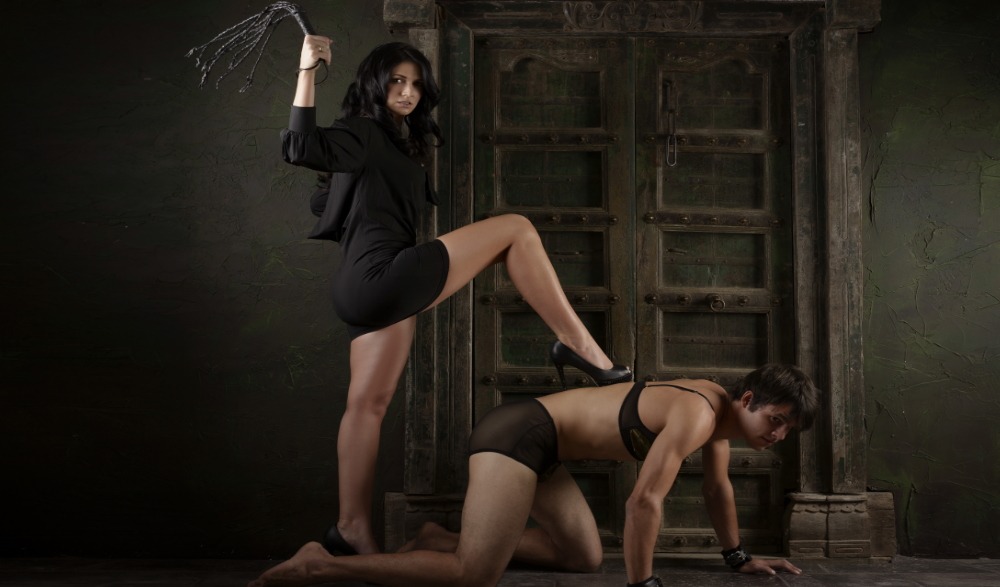 Still, there is no denying the tremendous appeal of such jobs. Things like great pay and very flexible hours appeal to lots of present and future doms. Then, there is the fact that if they do their job well, an oil magnate just might bequeath them a private island or two!

Work as a dom offers an opportunity to meet the most interesting individuals from all over the globe. These are sometimes industry titans who need a break from it all. They get off on being called every name in the book and beaten like the bad boys they are.

Worth noting is that working as a dom will result in a lifestyle change. It can affect your emotions and how you look upon life, but at least it has positive effects on your bank account!

Moreover, working as a dom means adopting the correct costume, language, and equipment. It also means having enough confidence to make a real goddess blush with envy. With this confidence in place, you are free to act like you own the world and will convince your sub of that fact.

Finding the correct costume for the job is a must. Leather works wonders — the tighter, the better. It, however, all depends on what the client wants. So if he prefers being dominated by a grandmotherly woman, dress the part and don’t complain much.

As for the equipment, it will take the form of best male sex toys and some nice torture instruments. With these, you can give your sub a nice hiding that will keep him lodged and heartily fed on cloud nine for a few days!

Financial Doms Have It Made! 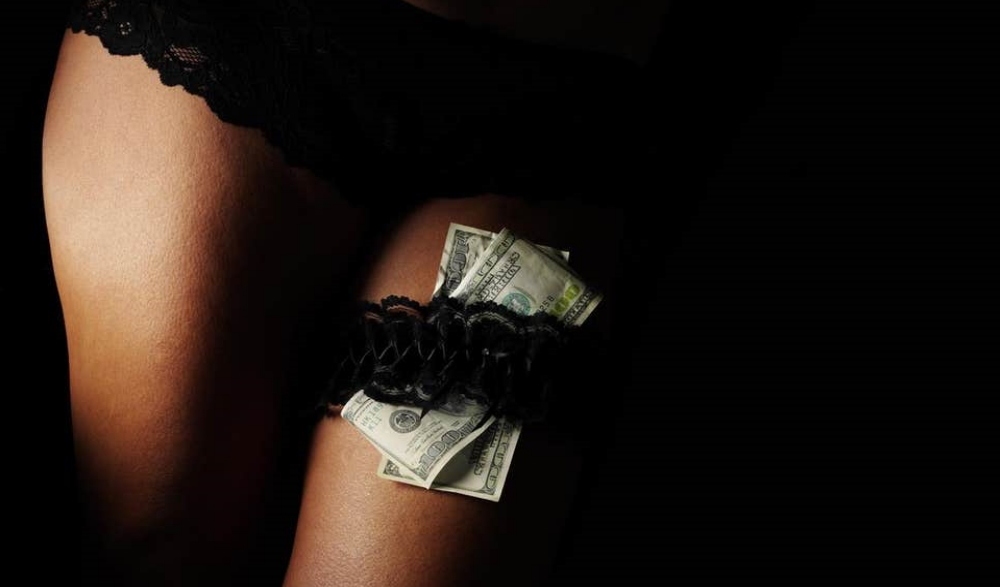 Financial domination is the in-thing right now, with lots of ladies rushing into it. The reason for this popularity is that these doms are the best paid of the lot. And by a persuasive margin.

Being a financial dom means you won’t usually need to dress in leather and act like a vamp who has not had her morning coffee. You can just chill out as random men beg you to accept their money and even hand over their bank account information.

Getting work as a financial dom can be the equivalent of discovering the elixir of life and selling it on Amazon. The top financial doms earn four-figure sums monthly and six-figure sums annually. That’s some serious money right there!

Should you be starting out, your earnings are bound to be lower — at least until you get a steady clientele or trip over guys with more money than sense!

Be aware that being successful in the business will take lots of time and effort. Be conscious of the fact that you can meet people with some rather loose screws in their noggin.

If that’s cool with you, then go forth and prosper as a dom, especially as a financial dom or the one who wants to sell fetish photos and videos. We wish you the best of luck and will be booking a session with you later this week! 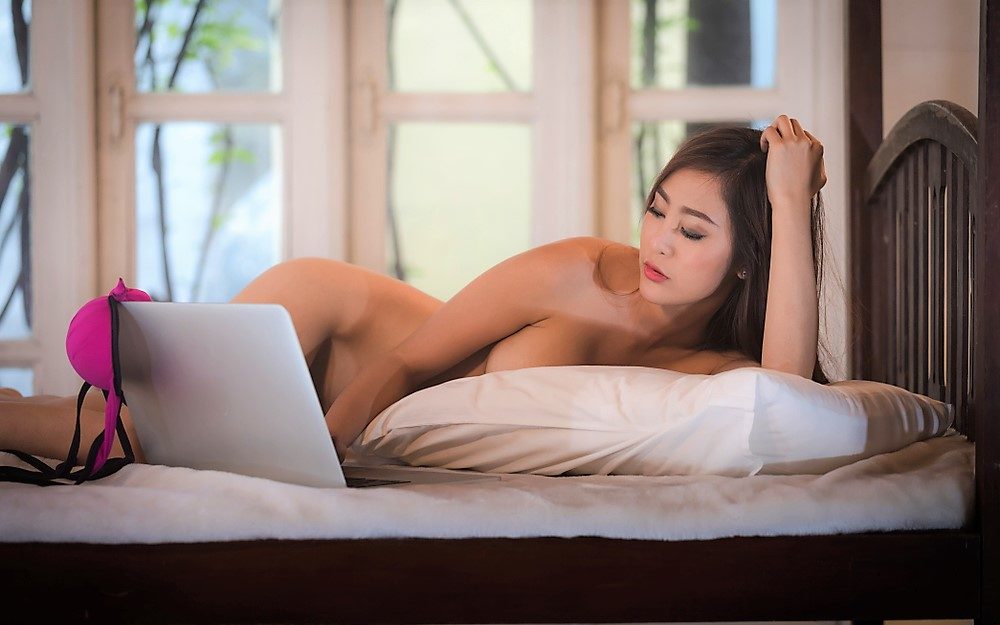 How To Become A Webcam Girl 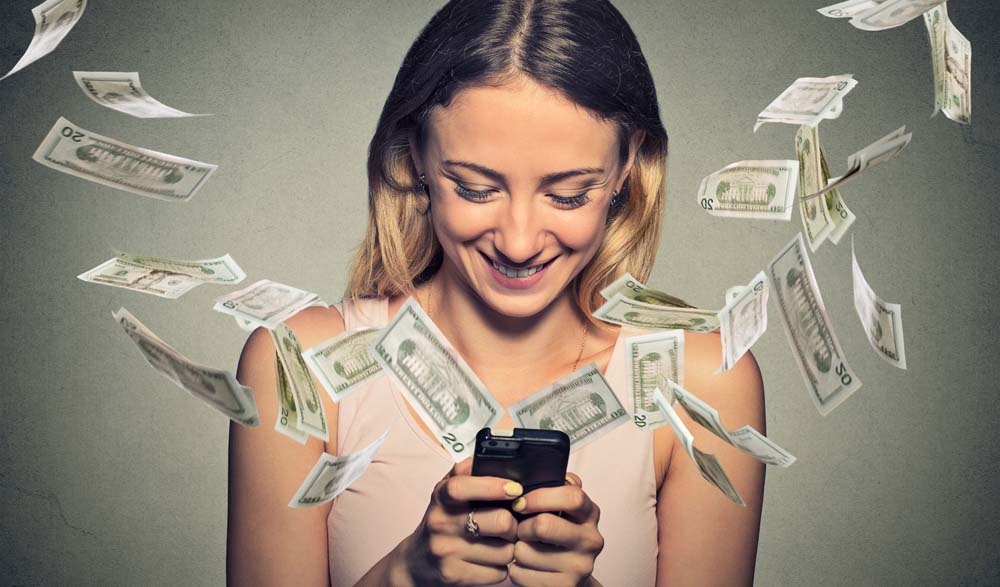 How To Make Money Sexting 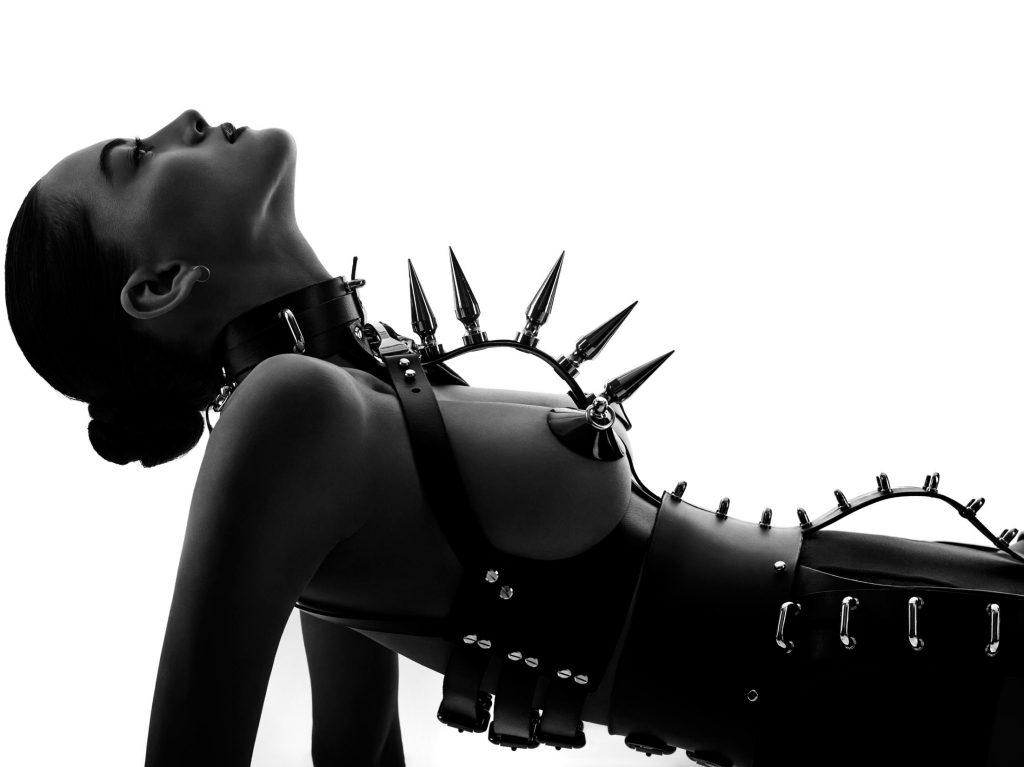 How To Sell Fetish Photos & Videos